The success of the Volyn minerals at mineralogical exhibitions in the United States.

In February, gems from the Volyn deposit were presented under the VOLYN GEMS trademark at two&nbs... 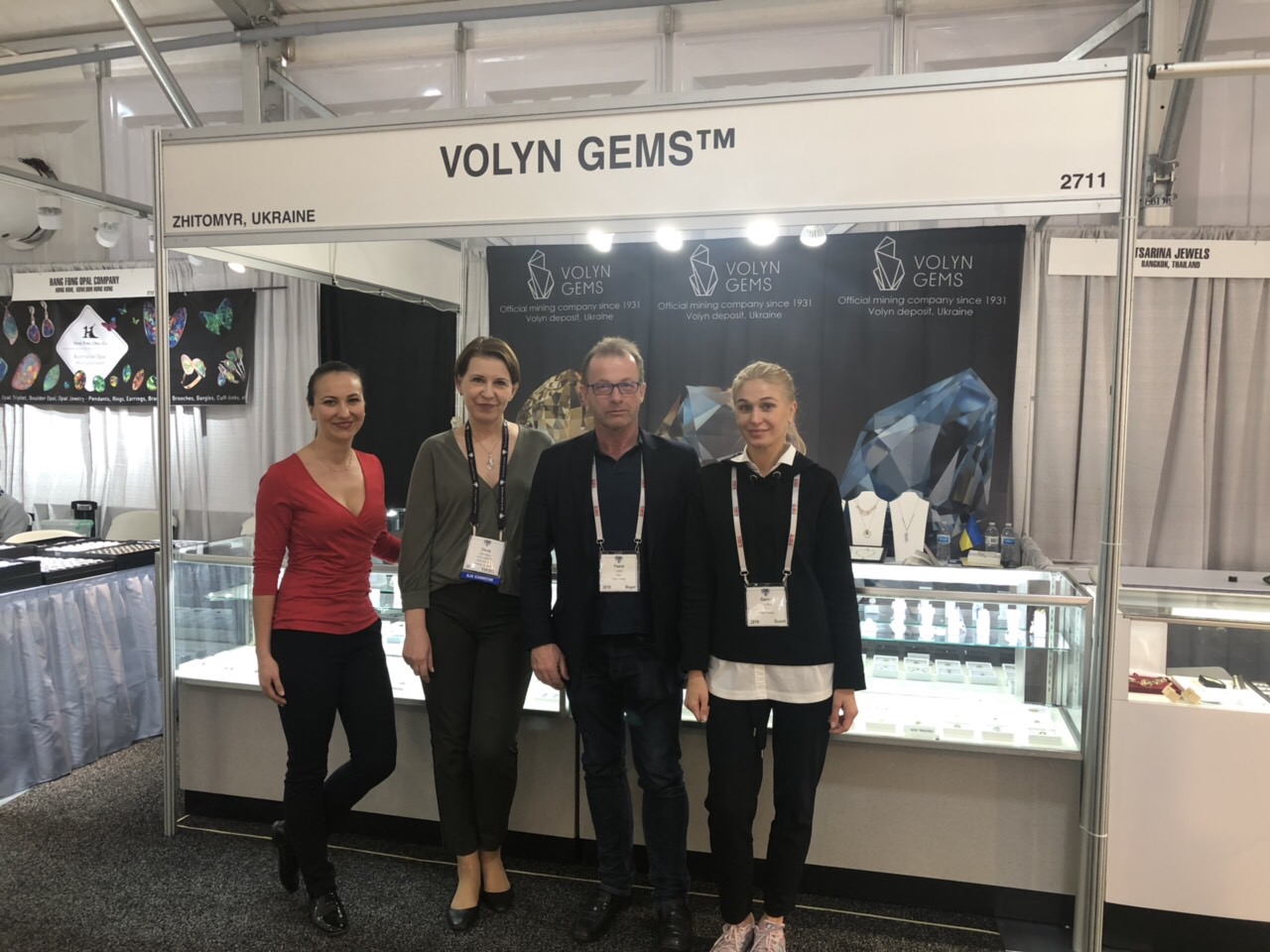 In February, gems from the Volyn deposit were presented under the VOLYN GEMS trademark at two exhibitions that were held in Tucson, USA.

“Arizona Mineral and Fossil show 2019” - held on February 2-16 at the “Hotel Tucson city center” - a global mineralogical show, in which more than 250 participants presented a wide variety of crystals, minerals and fossils. At the VOLYN GEMS booth were demonstrated heliodor, wine and polychrome topaz, smoky quartz and Morion crystals and rare specimens of druses with polychrome topaz mined in Ukraine.

“Gems and Jewelry Exchange 2019” (GJX) - held on February 5-10 in Tucson - is one of the most prestigious and authoritative exhibitions of stone and jewelry manufacturers in the world since 1993. On GJX, the company presented faceted beryl, blue and polychrome topaz, smoky quarts. Visitors and exhibitors noted the high level of quality of cutting and polishing stones. In turn, designers discovered the original color of polychrome topaz and saw how beautiful the stones from the Volyn deposit in jewelry by the TM Kiev Jewelry Factory that were presented at the stand.

In 2019, over 700 representatives of the jewelry industry took part in GJX and were visited by more than 40,000 people. Among the visitors are well-known gemologists, collectors and jewelry designers who come from all over the world in search of new, unusual samples of stones.