Volyn Gems Blue Topaz complements the unique pendant “Save my World” for a charity auction as part of the Miss Universe contest.

Volyn Gems blue topaz decorated the national souvenir from Ukraine, which was presented at a char... 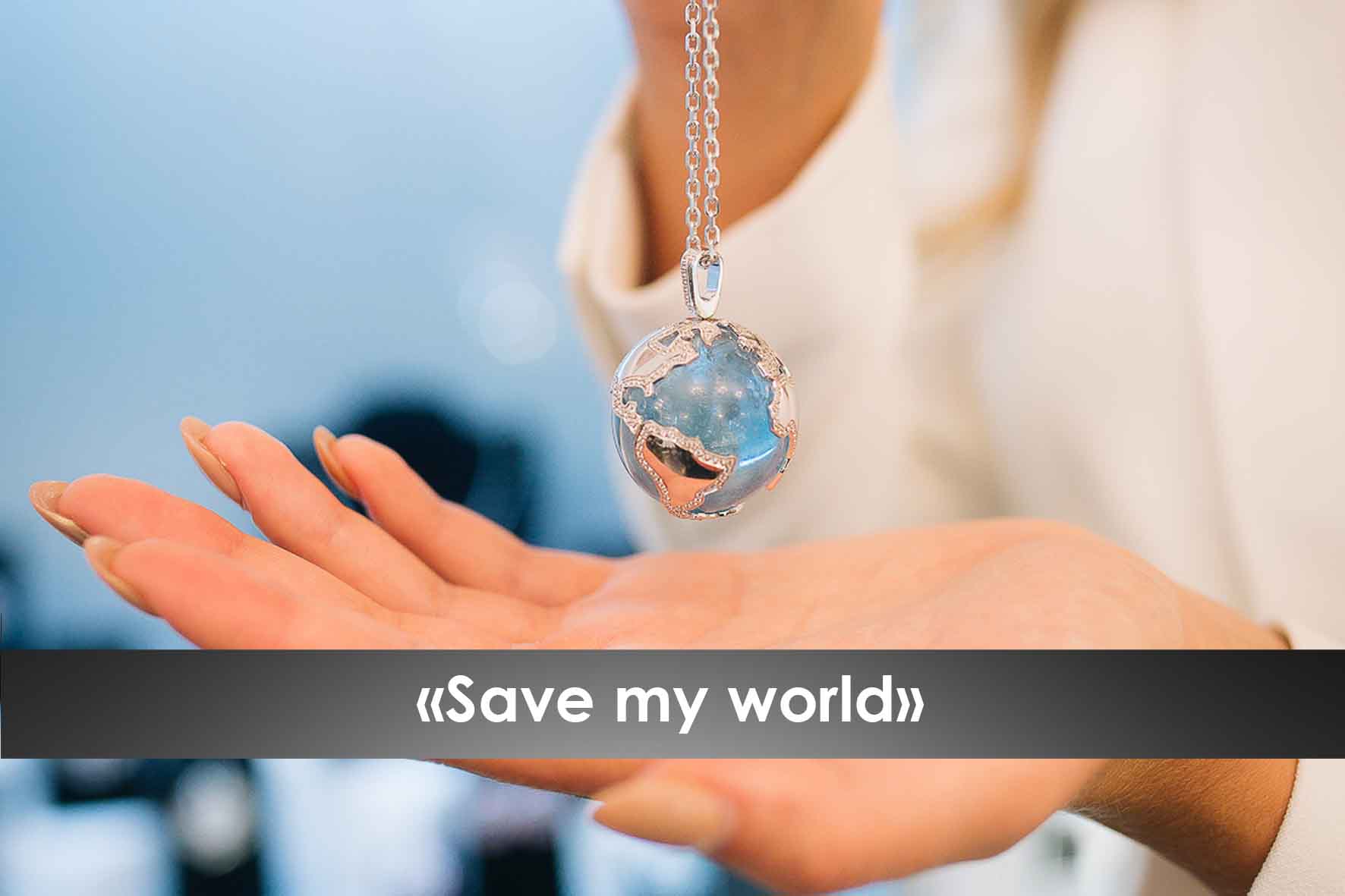 Volyn Gems blue topaz decorated the national souvenir from Ukraine, which was presented at a charity auction to raise funds for the treatment of HIV-infected children as part of the Miss Universe-2018 competition in Thailand.

The pendant “Save my world” was created by craftsmen of the Kiev Jewelry Factory by the request of organizers of the “Miss Ukraine Universe” contest. The pendant is made in the shape of the planet Earth, in the center there is the blue topaz located, symbolizing the blue oceans, which are on the verge of ecological catastrophe. Topaz has a strong energy of the Earth, since the Volyn deposit is one of the oldest deposits in the world and has about 2 billion years.

The stone itself is made in the facet "ball", with a diameter of 30 mm, weighing 227.97 carats. The stone has insignificant inclusions, as if water droplets are frozen in it. Having decorated the suspension, the stone gave it a high value, as a lot for sale at a charity auction, which was presented by the finalist of the “Miss Ukraine Universe” - 2018, Karina Josan. With the help of the precious pendant, the girl was able to convey to the whole world a strong idea and a call to preserve, save our Earth for herself and each of our neighbors!